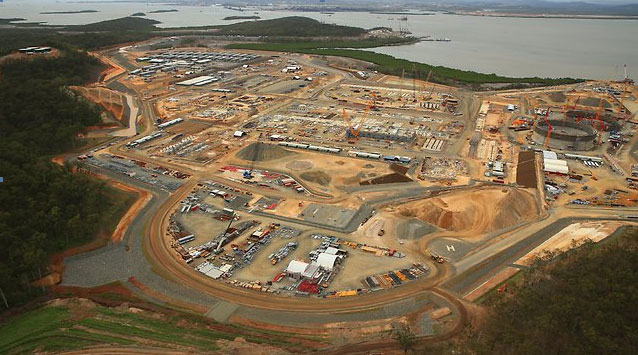 AUSTRALIA’S most environmentally controversial project, the $33 billion expansion of Gladstone port in Queensland, is under investigation after being accused of breaching strict federal government audit conditions on harbour dredging and dumping of spoils in a World Heritage area.

Federal Environment Minister Tony Burke confirmed a review was under way into whether the project had breached its conditions by failing to get an independent assessment of its work.

The Gladstone port expansion has been plagued by controversy since the discovery of widespread fish disease in the harbour in 2011, which has been blamed both on record floods and the impact of dredging.

Allegations of audit failure, raised by environmental group Australians for Animals, came as long-term monitoring of humpback dolphins in Gladstone Harbour showed a population reduction of 40 per cent since dredging began. Researcher Daniele Cagnazzi said he would undertake a new survey in April to establish whether the drop from 75 dolphins to 40 was permanent.

He said that, although only eight bodies had been found, the number of dolphin deaths was likely to be higher.

Australians for Animals’ claims that Gladstone Port had breached its environmental conditions followed the decision this week to replace the port’s chief executive Leo Zussino, who has ruled the port for more than two decades.

With 51 per cent of the dredging project complete, the expansion has reached a critical mass.

More than 20,000 commercial shipping movements a month are churning the muddy waters, which have recently again been flooded by heavy rain.

The port expansion has become a lightning rod for concerns over the environmental impact of opening up the Queensland coast to major resource development.

The federal and state governments are working jointly on a strategic assessment of how future development will have an impact on the Great Barrier Reef.

Fishermen in Bowen fear the Gladstone expansion would be a template for what would happen with the planned expansion of the Abbot Point Coal Terminal.

Expansion of Abbot Point would require dredging of more than three million tonnes of mud that will be dumped within 7km of Holbourne Island National Park on the Great Barrier Reef. Public submissions on the plan closed yesterday and Mr Burke is due to decide next month whether to allow the sea dumping to go ahead.

Long regarded as the “godfather” of Gladstone Port and commerce, he said he was angry the project had been used in what he said was an ideological war on the coal export industry.

Mr Zussino said he wanted the Great Barrier Reef Marine Park Authority to monitor the boundary between Gladstone port and the marine park for any impact. We are absolutely confident the impact will be nothing,” Mr Zussino said.

Many questions remain about whether the Gladstone Port expansion has met its environmental obligations. Sick fish, dead dolphins and dugongs and five-legged frogs are signs that something has gone wrong.

There are conflicting scientific reports about what has happened. A government funded report blamed record floods in 2011 that put tonnes of injured barramundi into the environment. But an investigation by veterinarian Matt Landos said: “The distribution of disease in Gladstone Harbour is consistent with the distribution of re-suspended sediments from dredging and disposal.”

He said the alternative view that flooding had caused the fish disease was “scientifically unsupportable”.

Gladstone Seafood Market owner Simon Whittingham does not believe the official line that injured barramundi from the flood were the cause of the fish health problems. “The barramundi excuse is just that,” he said.

Mr Whittingham said he was convinced there had been a cover-up and urged the Newman government to come clean on what had been done by the previous (Bligh) administration.

Mr Zussino said the corporation had been open about the impacts of the expansion and genuine in efforts to mitigate them.

The auditor appointed to assess the Gladstone Ports dredging project and sea dumping in 2011, when an international scandal erupted over the sick and diseased fish in the harbour, was not approved by the federal government as required, the group Australians for Animals’ said.

Mr Burke said the allegations were immediately sent to the compliance division for investigation this week.

Last year, the audit was completed in-house in defiance of the federal approval conditions.

Mr Zussino said he was not aware audit conditions had been breached. Opposition environment spokesman Greg Hunt said all public authorities should be subject to independent audit.