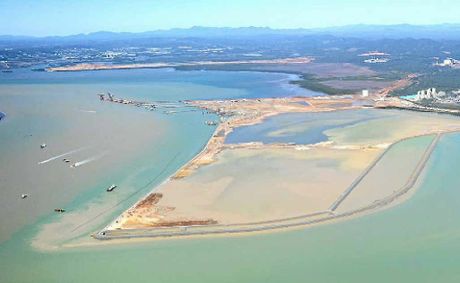 Govt not opposed to uranium being shipped over reef

THE State Government is not opposed in principle to uranium being shipped from a Queensland port through the Great Barrier Reef, Natural Resources and Mines Minister Andrew Cripps says.

Mr Cripps was commenting on Monday after a six-person Uranium Implementation Committee returned its report to the government after three months of work, widely supporting an end to a 24-year ban on the industry.

The committee estimated Queensland major uranium deposits were worth about $10 billion – much of that near Mt Isa in the state’s far west.

Mr Cripps said in the event there were commercially viable amounts of uranium produced in Queensland, and if an application came forward for a port to be licensed, it would undergo a rigorous assessment process through state and federal legislation.
Govt not opposed to uranium being shipped over reef

The six-person “independent” committee, chaired by Central Highlands regional councillor Paul Bell, found the state’s existing system for regulating mining and radiation safety was appropriate for uranium mining and a new legislative framework was not necessary.

The committee recommended using already authorised ports in Adelaide and Darwin to export Queensland uranium, because authorising a Queensland port such as Townsville would necessitate going through the federal government approval process.

When asked last year where the Port of Gladstone fell in the uranium import and exportation equation, Mr Newman made it clear no decision had been made.

“Let’s be very clear. Firstly, there is no decision on anything in relation to the logistics and port arrangements for uranium mining in Queensland,” Mr Newman said.

THE debate is set to go nuclear after an independent committee backed the Queensland Government’s plan to restart uranium mining.

Queensland Mines Minister Andrew Cripps told journalists on Monday he was not opposed, in principle, to uranium being shipped from a Queensland port via the Great Barrier Reef if an appropriate application was lodged.

However, the report suggested it should be moved via ports in Darwin or Adelaide, not from Queensland.

Mr Cripps said exporting uranium could hand the state hundreds of jobs and billions of dollars.

It would also build on the mining industry’s safety putting in place specific regulations for the emerging sector.

So far, Mr Cripps is yet to give an indication on when the government would hope for mining to resume.

On the eve of Parliament sitting, the six-person Uranium Implementation Committee returned its report to the government after three months of work, widely supporting an end to a 24-year ban on the industry.

The committee estimated Queensland major uranium deposits were worth about $10 billion – much of that near Mt Isa in the state’s far west.

In response to the committee’s findings, a group of environmental groups including conservation councils, Australian Conservation Foundation and the Electrical Trades Union launched their own report, “High Risk – Low Return” in a push against the looming reforms.

It suggested demand for uranium was falling as countries moved away from nuclear power in light of the Fukushima mining disaster in Japan.

But the report claimed otherwise, explaining it would boost the state’s economy.

It was a view backed by the Queensland Resources Council which praised the government for moving towards a “world-class uranium mining industry”.

The committee delivered 40 recommendations to government, including for all mining proposals go through the Coordinator-General’s office for tighter scrutiny, that emergency training be in place in case of emergency and interestingly, that Darwin or Adelaide be used as export ports.

According to its findings, mining uranium was similar to pulling any other metal from the ground, including the need to manage waste, water and rehabilitating sites once exhausted.

“These are key issues in many other mining operations in Queensland and the mining industry has significant experience and capacity to management these concerns..,” the report stated.

The Labor Government headed by Wayne Goss later banned the practice in 1989.

Uranium has not been mined since 1982 at the Mary Kathleen mine in north-west Queensland.

The LNP Government will now respond to the report’s recommendations.