AQUATIC  disease expert Dr Matt Landos believes the sharp increase in turtle, dolphin and dugong deaths in Gladstone waters was likely to be a direct consequence of the Western Basin Dredging and Disposal Project. 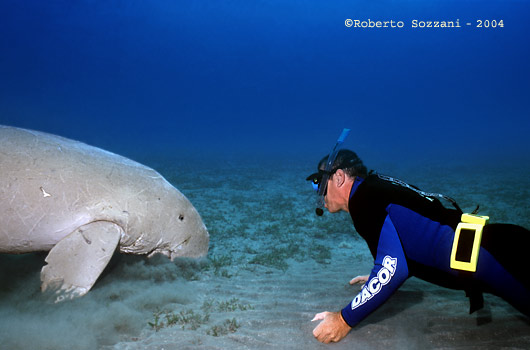 In his final scientific report, Dr Landos says in his opinion, the mechanisms contributing to the deaths deaths were likely to be algal, metal and metalloid toxicosis and secondary disease generated by resuspension of contaminated sediments.

The report is the third in a series produced for the Gladstone Fisheries Research Fund following extensive surveys and tests by Future Fisheries Veterinary Services, of which he is a director.

It says the rate of turtle, dolphin and dugong mortality in Gladstone was dramatically elevated above annual averages and significantly different to other parts of the Queensland coast, which also received substantial freshwater inflows almost two years ago..

“The deaths were occurring synchronously after the commencement of the Western Basin Dredging and Disposal Project (WDDP) and are still occurring according to media reports by John Mikkelsen (Queensland Telegraph) in August and September 2012.

“No sampling has been undertaken to ascertain the cause of these recent deaths.

“No histopathological or toxicological data are publicly available for the dugongs and turtles which were processed by the University of Queensland and EnTox for GPC, in mid-late 2011”.

The turtle deaths were initially attributed to activities with commercial fishers, but subsequent Fisheries Queensland observer monitoring had absolved them of responsibility.

The former Queensland Environment Minister, Vicky Darling, then announced that the turtle deaths were from starvation due to a lack of seagrass, as turtles were described to be thin.

“Weight loss in animals… is not always due to insufficient feed availability. It can also be due to inadequate intake in animals which are diseased or suffering from toxicosis.

“The seagrass monitoring does not support the contention that the animals starved to death because there was an absence of food available. The necropsies of dugongs, performed around the same time as the turtles, identified ~ 10 kg of seagrass in the gut of each dugong ….indicating there was still seagrass available in Gladstone.

“Toxicology and pathology was performed on several turtles during the mortality event from April 2011.

Sources advised FFVS that arsenic was a compound of concern identified in turtle blood, however results have not been able to be obtained”.

Dr Landos says that Queensland Department of Environment and Heritage Protection (DEHP 2012c) water quality results recently released, demonstrate elevations of dissolved arsenic in harbour waters, hence it would be expected that exposed animals are likely to have elevated arsenic levels. Arsenic is known to be a highly toxic element. 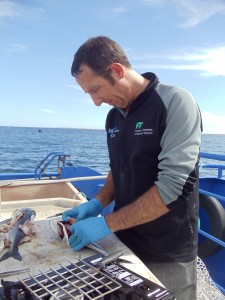 “FFVS is unaware whether any turtles were tested for algal toxins in 2011 or in further strandings asrecently as August, 2012 (Mikkelsen, 2012).

“Sampling of recent turtle strandings in the Gladstone region has not been undertaken to try and ascertain the cause of death. Considerable expertise is available through the Australian Wildlife Health Network to assist with such investigations…

“Given the detection of Lyngbya blooms in Gladstone Harbour, concern should exist for the potential effects on turtles given publications by Arthur, Limpus, and Whittier (2008) and Arthur, et al. (2008) indicating turtles can consume and absorb the toxin, which has been linked to blood chemistry changes and potential induction of the disease, fibropapillomatosis”.

Dr Landos says the most recent transect study of inner harbour seagrass beds in Gladstone in August 2012, identifies that there has been “a near complete failure of seagrass to recover” as had been predicted.

“Seagrass has been reported in areas remote to Gladstone (eg Tin Can Bay) to have now fullyrecovered from flood damage in January 2011, back to pre-flood levels. This is not the case inside Gladstone Harbour as documented by McCormack, Sankey, Davies, Carter and Rasheed (2012).

“Seagrass has critical light requirements that can be impaired by excessive turbidity in the water. In order to protect the seagrass in Gladstone Harbour, the project conditions set limits for turbidity, which were monitored.

“The conditions required dredging operations to cease when condition levels were exceeded over a period of more than 48 hours. FFVS notes that under the Transitional Environmental Program (Gladstone Ports Corporation, 2012b) dredging was permitted to continue operating, even when turbidity exceeded the original project conditions for more than 48 hours.

“Turbidity exceeded the limits at monitoring stations throughout a period of six weeks through July and early August as GPC tried to seal the leaking bund wall.

“Deterioration in water quality due to sediment resuspension, from the Western Basin Dredging andDisposal Project is likely to be a significant factor in causing the decline, and hindering recovery of seagrasses,..,”

Flow-on negative effects to the fishery productivity are likely to be substantial, the report states.