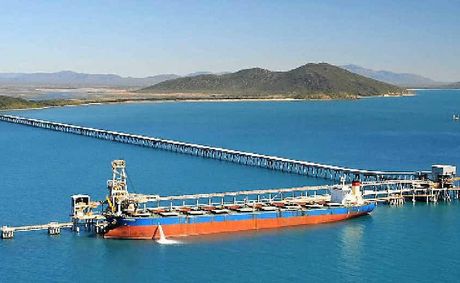 IT could be a show stopper. North Queensland Bulk Ports Corporation has told a Central Queensland MP the organisation has no option but to dump dredge spoil from Abbot Point into the sea.

The proposal to deposit three million cubic tonnes of spoil as part of the port’s $6.9 billion expansion has been contentious since it was announced in January.

Local fishermen fear the spoil, if left at sea, could impact on mackerel and prawn numbers.

Terminal administrators NQBP have said a site near Holbourne Island, in the Great Barrier Reef Marine Park, is its preferred dumping spot.

Member for Dawson George Christensen said he had repeatedly met with NQBP and requested the spoil be contained on land.

But he said employees had recently indicated that would not be financially viable.

“They told me it could be a show stopper,” he said.

“I mean it could be too expensive for them to go ahead with the project.”

Mr Christensen said he was under the impression Bowen community groups were now working with fishermen to find a suitable location for the spoil at sea, which would have minimal impact on fish stocks.

“The last thing anyone in Bowen wants to see is for this project to fall on its head,” he said.

But Arabon Seafoods owner Terry Must said he was in disbelief NQBP could not have foreseen strong public opposition to the spoil being dumped in the marine park.

“I wouldn’t want these people to build me a house – they’d put it in the wrong spot,” the Bowen fisherman said.

“No one really wants to put a finger on the map and say where it should go.

“Bulk ports are saying it’s going to go in the water; and the worst case for us is in the water.”

NQBP did not respond to the Daily Mercury’s calls yesterday.