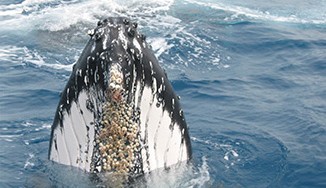 By The Editorial Board

Since 1986, when the International Whaling Commission imposed a moratorium on whaling, there has been a steady resurgence in whale populations. The recovery of several species pushed to the brink of extinction by commercial whaling is a reminder of the resilience of nature. Even so, there is a nearly constant push to ease the restrictions that have protected the whales and, in some cases, to resume hunting. There are two cases in point: fin whales near Iceland, a nation that has never accepted the I.W.C. moratorium, and humpback whales near Hawaii.

An Icelandic company, Hvalur, has announced that, after a two-year pause, it plans to resume killing fin whales beginning in June. Nearly all the meat will be sold to Japan, another nation that defies the commission’s ban. Fin whales, second in size only to blue whales, are listed as endangered by the National Oceanic and Atmospheric Administration, and the Convention on International Trade in Endangered Species, or Cites, lists them as threatened with extinction. Among the biggest threats is ship strikes. The nonwhaling nations — the United States and rest of the world, that is — must protest this new hunt.

Even in our nonwhaling country there is growing pressure to remove some whales from the endangered species list. A coalition of commercial fishermen in Hawaii has asked NOAA to designate the Hawaiian humpbacks a separate population, which would make it easier to delist them. The logic behind this is almost impenetrable. The coalition says it has no desire to hunt these whales, whose numbers have jumped from 1,400 in the 1960s to some 21,000 today, and that safeguards under the I.W.C. should continue.

What really worries these fishermen is that some of the fish species they catch will one day be listed as endangered, too. Their plea has less to do with the humpbacks than with limiting the reach of the endangered species laws. But as we’ve learned, there is no such thing as too much protection for a recovering species. Whales of every species need all the protection they can get.