There’s an awful lot of misinformation going round about this historic lawsuit.  So here’s the skinny !

It was Kevin Rudd who took the huge step of mounting the legal challenge against Japan in the International Court of Justice.  He needs to be acknowledged for his role in this lawsuit.   And there’s little doubt that the Federal government has poured a heap of money into the lawsuit.  Some of the best international legal experts have been commissioned to take the case.

But there is the possibility that Australia will lose as the challenge does not encompass all the international conventions that Japan is flouting.   One of the most obvious challenges should be mounted in the World Trade Convention Tribunals as Japan’s subsidy of the whaling industry is GATT illegal.    The grounds are pretty strong but the ramifications of Australia taking Japan to the Tribunal on trade issues could jepardise the efforts by the Federal government ( and any Coalition government) to get a formal Free Trade Agreement with Japan. 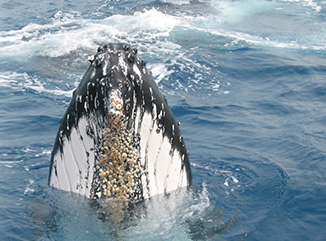 In many ways, Australia has chosen grounds for the challenge which will not threaten trade, the Antarctic Treaty, the Law of the Sea and other relevant conventions.

If Australia loses, contrary to the Greenpeace Oceans spokesperson on ABC radio tonight, it will establish an appalling precedent which could see other IWC member nations who want to go whaling, simply take up the Japanese option of declaring a commercial hunt ” scientific whaling.”

Then there’s the overlay of jealousy by the major environmental organisations.  Greenpeace was asked by ABC journalist – ” Hasn’t the number of whales killed in the Southern Ocean gone down in recent years ?”.

” Yes, there has been lower numbers killed ” says Greenpeace.  Not a word about Sea Shepherd, nothing about the dangerous and courageous campaign which SS has run which has stopped Japan in its tracks.

IFAW has demanded that any anti whaling group who wants to stage a demo or do something about the legal case make sure they get permission from IFAW first .  Oh and no one should criticise the Gillard government in this time.

The Chief Judge of the ICJ is Japanese.

The Forces of Darkness are lurking, but God Willing, given the legal and scientific team which Australia has put together, a potential victory is a possibility.

But it’s important to remember that the ICJ has no navy, no monitoring operation and no way of policing Japan should Australia win.

There’s nothing but ” international shame” which would be Japan’s legacy should Australia prevail.  Unlikely to be a deterrent in today’s greedy world.

And of course,any whale aware person would be asking why the US hasn’t joined the legal challenge.

Maybe the fact that under Pres. George Bush trade sanctions to ensure enforcement of IWC rules were ditched thus ensuring there was no way to punish delinquent nations has some currency.   Pres. Obama has proved to be a lousy anti whaling President supporting the Bush policies .