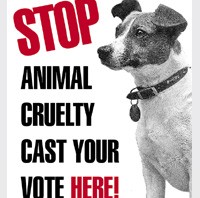 Young Australian volunteers are flying to South Africa and helping to raise lion cubs in the belief that they are going to be released back into the wild, only for those lions to be used purely for canned hunting purposes.

That is the allegation of Ian Michler, a South African journalist and conservationist who has lobbied internationally to close down the canned hunting industry.

‘A lot of young students are being lured over there, they are paying up to $1,000 a week to breeders to go and work in these properties on the grounds that they are doing something constructive for conservation,’ said Mr Michler.

Canned hunting takes place in confined environments, where animals, most commonly lions, have been bred to be killed.

It differs from more traditional ‘fair-chase’ hunting, where the hunt takes place in an area large enough for the animal to have a chance of escape.

‘In this day and age, where everything is on demand, canned hunting is a form where you can get your animal a lot cheaper, you can get it in a shorter period of time, and it is guaranteed,’ said Mr Michler.

‘The animal has no chance of escape.’

He suggests 95 per cent of canned hunting takes place in South Africa due to its strong private property laws, with 99 per cent of hunters coming in from outside the country.

While it has long been argued that hunting serves to prop up many conservation efforts in Africa, Mr Michler disputes that canned hunting has any conservation value whatsoever.

‘That is often the story that is put out there, but at the end of the day, it’s all about the kill,’ he said.

‘All these animals are bred intensively in very confined areas, in the same way you would breed chickens or pigs in the worst form of domestic farming.’

He says many of the animals bred for the canned hunting industry, which fetch between $5,000 to $50,000 per head, suffer defects due to inbreeding.

‘These lions are genetically contaminated, sometimes to the extent that they suffer from rickets, back and eyesight problems, all sorts of issues that come from inbreeding and cross-breeding,’ he said.

‘No self-respecting conservationist would ever allow a genetically contaminated lion to be introduced into wild populations.’

Mr Michler travelled to Canberra to meet with Federal Environment Minister, to lobby for a ban on the importation of hunting trophies into Australia.

He claims since 2010, 144 lion trophies have been imported into Australia, and that by ceasing imports, the government can help to undermine the canned hunting industry.

‘Once you pull the economic model from under these farmer’s feet, then you call their bluff,’ he said.

‘When you say, ‘you can’t take your trophies home,’ you very quickly find out it’s got nothing to do with conservation, it’s only to do with money, the kill and having the trophy.’