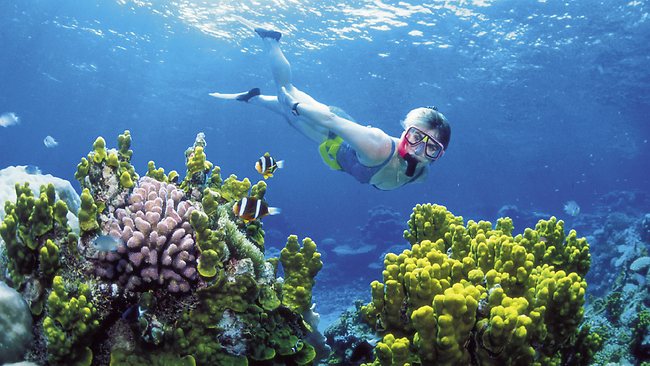 FOULING OUR NEST WITH MOUNTAINS OF PLASTIC RUBBISH
OPINION: Plastic not so fantastic
By NEIL JAMESON
Oct. 17, 2014, 9 p.m.

THE majority of Australian coastal rubbish comes from Australia. Yep, we’re crapping in our own nest.

IF you’re strolling a city beach this weekend, plot a course up near the high-tide mark where the ocean would normally deposit seaweed, tiny sponges and the like. Among nature’s flotsam, you’ll spot a range of plastics.

Your eyes aren’t deceiving you. Our coastline is gagging on discarded plastic bottles, straws, caps, splintered packaging of every description. You name it, if it’s plastic and it floats, here it is. If Burl Ives released his beachcomber ballad Pearly Shells today, he’d have to change the lyrics to “Bits of plastic, chucked by humans, lying in the sun, covering the shore …”

CSIRO has just published results from a three-year study, regarded as the world’s largest survey of coastal rubbish. Their teams turned up on Australia’s coastline at 100-kilometre intervals and sampled the litter. The findings show that 75per cent of this crap is plastics. Density ranges from a few thousand pieces of per square kilometre to 40,000 per square kilometre.

Wildlife think it’s food. It lodges in their gut and kills them. Or, they simply get sick from the chemicals. They also get tangled in it. With plastics production showing no sign of slowing, CSIRO estimates that within the next four decades, 95per cent of seabirds will have plastic in their gut.

There’s a dreadful irony here. Imagine this: soft-drink guzzling slob tosses the empty bottle. It floats down the nearest stormwater drain and lands in the ocean, where parts of it wind up in the gut of birds and marine life. Meanwhile, back on dry land, soft-drink boy is off to surgery to have his stomach banded with a strip of plastic that actually saves his life. Weird, huh?

What’s weirder still is that South Australia and the Northern Territory remain the only governments supporting a refund on recycled bottles.

Until now we may have been kidding ourselves that this rubbish came courtesy of ocean currents carrying the world’s trash to our shores. The CSIRO report blows that myth. The majority of Australian coastal rubbish comes from Australia. Yep, we’re crapping in our own nest.

Using their data in consultation with 40 coastal councils, the CSIRO team concluded that the two main drivers behind marine debris were general public behaviour and illegal dumping.

Then there is the stuff we flush down our sinks and dunnies – microbeads of plastic that exist in cosmetics and personal-care products and are too easily consumed by marine life.

There was a time (let’s call if BA – Before Affluenza) when we recycled everything. If you were downing a drink at No.1 Sports Ground, there was no way your receptacle would wind up in the National Park drain. Instead, a seagull-like kid would have swooped on the empty and claimed the cash refund before the dregs had dried on your chin.

And here’s where Christopher Pyne could save the day. In dusting off the past as his government’s fix for the school curriculum, the federal education minister might also prescribe a return to the time when every kid supplemented his pocket money by recycling bottles.  In other words, South Australia’s container deposit legislation goes national.

As for education values of old – there was a time when schoolkids’ hearts swelled at the news that their fair land was home to one of the world’s greatest natural wonders. The Great Barrier Reef was both grand and sacred. A national treasure. It wasn’t any ordinary reef. It was Great. A thing of wonder, infinite complexity and indescribable beauty. Ours to protect. A sacred trust.

Now, the reef is in retreat, under stress from the crown of thorns starfish, rising water temperatures, agriculture and mining activities. Yet, instead of rushing to the barricades to avert this disaster, the Great Barrier Reef Marine Park Authority is on the run courtesy of recent budget cuts and staff reductions.

As Charlie Veron, former chief scientist at the Australian Institute of Marine Science told ABC Radio: ‘‘[The Barrier Reef] is the icon of the world and we’re not able to provide the science to protect it.”

It makes you wonder: will Christopher Pyne’s back-to-the-future curriculum reprise a reverential view of the reef among young Australians, or has this “open for business” government already kissed it goodbye?

At times like these citizens of good heart can feel very impotent. We can’t fix the Middle East let alone the Barrier Reef. We can’t stem the ebola menace, stop the beheadings or banish the rednecks from our midst.

Yet, no matter how  minuscule our contribution, we can make a difference. So, here’s a small governance idea that might cheer both heart and head. As you stroll that high-tide mark on your local beach this weekend, take with you a suitable bag, fill it with as many scraps of plastic as you can.

You can hum a few bars of Pearly Shells, if you like.